A Note to Our Readers

This edition of National Affairs, our 41st quarterly issue, marks the magazine's 10th anniversary. This makes us still a young and fledgling enterprise. But it also offers a chance to reflect briefly on the work we have done and continue to do in an era of political uncertainty and change.

That work is in tension with this era, and by design. National Affairs is a countercultural endeavor. Through both the quarterly schedule and the extended-essay format, we have sought to create opportunities for patience and thought in an age often ruthlessly hostile to both. We have aimed to combat the obstinate presentism of our political culture by taking both the past and the future seriously. And we have tried to treat our readers with the respect due to self-governing citizens: We do not publish sloganeering tirades or despairing jeremiads, and we do not pretend that any major national problem is likely to have a simple solution or that public policy can address every challenge we confront.

This disposition is not partisan in any strict or shallow sense, but for us it is the product of a general worldview. As we put it in launching our first issue a decade ago, that view begins "from confidence and pride in America, from a sense that our challenge is to build on our strengths to address our weaknesses, and from the conviction that chief among those strengths are our democratic capitalism, our ideals of liberty and equality under the law, and our roots in the longstanding traditions of the West."

These premises have pointed us, as a practical matter, toward the sense that public problems are generally best addressed from the bottom up — through the institutions of family, community, religion, and civil society — and by private actors competing freely under rules enforced by an effective, limited government. There are real tensions between the needs of families, communities, religion, and civil society and the demands of the market economy. But these tensions can be mitigated and contained up to a point by prudent statesmanship. And when they are, they can sometimes make possible a free society that is also virtuous and a good society that is also prosperous. This is no easy feat, but it is worth the work.

How can a journal of ideas advance this kind of vision? By helping its readers reflect on the principles underlying our politics, understand the country's challenges, and apply those principles to those challenges in ways that point toward practical solutions. This is what National Affairs exists to do.

That work has borne some fruit in these first 10 years. Ideas introduced in our pages have helped shape important debates, have been taught in countless college courses, have been cited by policymakers and judges, and have even been translated into law and policy — in areas from health care to higher education, regulation, welfare, taxes, and more. We have also helped many young writers make their marks, and have already seen some of them rise to prominent positions in American public life.

But that work has also encountered some enormous obstacles in this political moment, and has been altered and transformed by them. We launched the journal in the fall of 2009 with a sense that, in the wake of the financial crisis and at the outset of the Obama years, American politics had entered a dangerously technocratic phase. In such a time, we thought, the hubris of a mechanistic outlook on the policymaker's task would need to be tempered with the humility of a humanistic outlook on the statesman's vocation. We expected to be drawn into lots of arguments about how to tweak public programs and to have to work much harder to draw our writers to reflect on the moral and philosophical foundations of our public life. We thought everyone would want to argue about small questions, and that our job would be to balance that by nudging people into also arguing about big questions.

We were mistaken. A decade into our work, we find no shortage of essay submissions on the philosophical foundations of our politics, but we often have to prod our writers into also thinking about concrete policy questions and ideas for reform. There are some hopeful signs of health in this emphasis on the foundational. But it has also been the result of an intensifying disintegration of core American social, cultural, and constitutional institutions. That disintegration has become increasingly obvious in this era and has made the big questions unavoidable while also leaving our politics in a mood of grim foreboding.

In one arena of American life after another, weakening institutions have left vacuums that assorted forces of disaffection have rushed in to fill. In our political culture, this has made the last 10 years a time of escalating polarization — a bifurcation of our polity into twinned vicious factions, each of which fears the other and desires little except its rival's crushing defeat, so that the two have little to offer one another, little over which to bargain, and little capacity to imagine ways of governing together. Both are in effect minority parties, yet each always imagines that it is about to win big or that some recent election victory signals an enduring triumph. This pattern has been aggravated by an increasingly blinding solipsism in our culture, so that politics has come to be understood as an arena for the expression of implacable identities more than for brokering among competing interests and visions of the common good.

All of this has made it hard to think about public policy, and indeed at this point our politics has remarkably little to do with public policy. To recover a functional political culture, we will have to address some of these underlying challenges. That requires taking up big questions. Yet it also demands that we confront the social and political realities of our time and think creatively about whether and how public policy could help alleviate some of the problems we face. That adds up to an agenda for the continuing work of National Affairs.

Our little journal will not restore the health of American political culture. But it has a role to play, and it is far from alone in seeing the problem and working to take it on. More than ever, we are eager to help build and reinforce the varied community of analysts, thinkers, critics, and policymakers who are striving to enable an American renewal.

To that end, we are joining forces with the American Enterprise Institute — which shares our disposition and priorities and has long been home to many of our writers. Starting with this issue, AEI will serve as our publisher. The magazine will remain editorially independent, and will continue publishing authors from a wide variety of backgrounds, affiliations, and views. The substance of our work will not change. But AEI will offer National Affairs a supportive home so that the two can advance some crucial common causes together better than either could alone.

In this way and in others, we intend to recommit ourselves in the coming years to the cause of renewal and revitalization that has motivated all of our work over the past decade. This 41st issue again puts that work on display. Beyond this small note, it is not devoted to our anniversary but rather stands as an example of what we do, and of the different ways in which we do it.

Our modest aim — to help Americans think a little more clearly about our public life and rise a little more ably to the challenge of self-government — remains both necessary and achievable. And we are deeply grateful to you, our readers, for investing your time and support in our continuing effort to shed some light on the affairs of the nation that we are privileged to call home.

— YUVAL LEVIN, FOR THE EDITORS 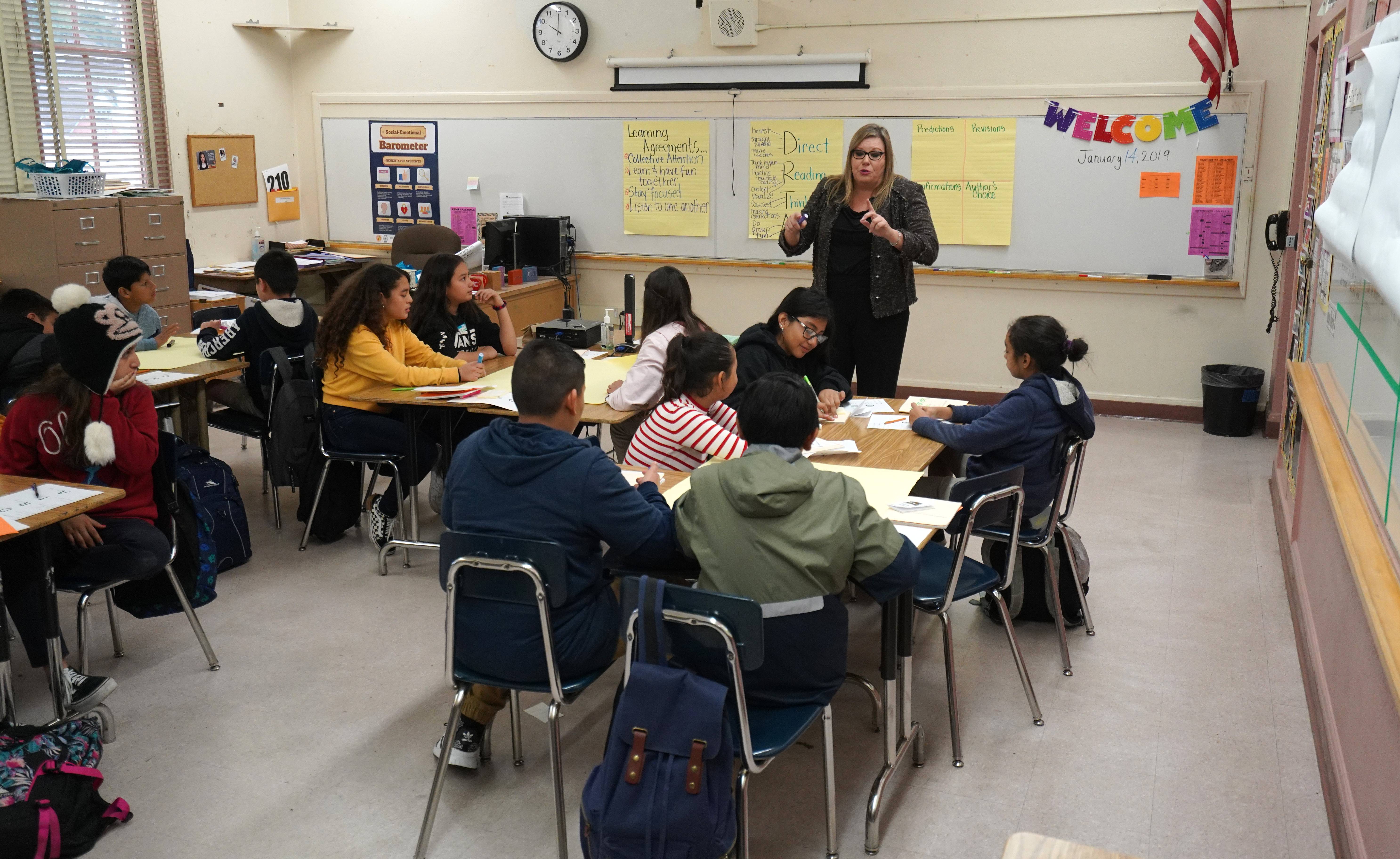 The Truth about Teacher Pay